Traci Burch's latest book, Trading Democracy for Justice: Criminal Convictions and the Decline of Neighborhood Political Participation, has been published by University of Chicago Press (2013).

Winner of the American Political Science Association's Law and Courts Section C.Herman Pritchett Award for Best Book in the Field of Law and Courts, 2014. Winner of the the American Political Science Association's William Anderson Award for the best dissertation in field of state and local politics, federalism, or intergovernmental relations (2008).

Winner  2007 Harvard University Robert Noxon Toppan prize, awarded for the best essay or dissertation upon a subject of political science. Katherine Levine Einstein's first book, Do Facts Matter? Information and Misinformation in Democratic Politics (co-authored with Jennifer Hochschild), explores the harmful effects of misinformation on democratic politics. Published as part of the The Julian J. Rothbaum Distinguished Lecture Series by the University of Oklahoma Press (2015). Katherine Levine Einstein is currently the co-principal investigator of the Menino Survey of Mayors, a multi-year data set of survey-interviews of U.S. mayors exploring a wide variety of political and policy issues. Winner of the Herbert H. Lehman Prize for Distinguished Scholarship in New York History by the New York Academy of History, 2016. He is also co-editor with Amy Bridges of Urban Citizenship and American Democracy: The Historical and Institutional Roots of Local Politics and Policy, SUNY Press (2016). 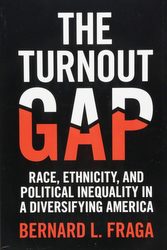 Winner of the Midwest Political Science Association's Lucius Barker Award for best paper in race or ethnicity and politics, 2015.

Awarded Harvard University's Senator Charles Sumner Prize for his dissertation, "Why is Housing So Hard to Build? Four Papers on the Collective Action Problem of Spatial Proximity," 2017. Teacher's versus the Public: What Americans Think about Schools and How to Fix Them, by Paul E. Peterson, Michael Henderson (PhD '11), and Martin R. West (PhD '06) has been published by The Brookings Institution (2014). Alexander Hertel-Fernandez's first book, Politics at Work: How Employers Deploy Their Workers to Shape American Politics and Public Policy, examines how employers are increasingly recruiting their workers into politics – and why Americans should care. Oxford University Press (2018).

Winner of the American Political Science Association's Robert A. Dahl Award for scholarship of the highest quality on the subject of democracy by an untenured scholar, 2019. examines how conservative donors, activists, and businesses built up cross-state political networks since the 1970s that allowed them to transform state policy and politics – and why progressives lagged behind in their efforts to build liberal state-level clout. Oxford University Press (2019).

Winner (with co-authors Matto Mildenberger and Leah Stokes) of the American Political Science Association's Jack Walker Award for a published article that makes an outstanding contribution to research and scholarship on political organizations and parties, 2019.

Winner of the Midwest Political Science Association's Patrick J. Fett Award for best paper presented at the MPSA annual meeting on Congress and the presidency, 2017.


Jason Lakin joined IBP in May 2009 as a Program Officer covering Ghana and East Africa, and then worked as IBP’s Kenya Country Coordinator through 2013, where he set up IBP Kenya (based in Nairobi) as a locally registered entity.  Prior to taking on his current role, Jason was the Country Manager for IBP Kenya from 2014-2017.

He is the co-author, with Seymour Martin Lipset, of The Democratic Century (2004).